Confessions of a Part-Time Helicopter Parent

I have wondered sometimes if I do have helicopter parenting tendencies.  I actually found a couple of “Are you a helicopter parent?” quizzes on-line last night and took them, and to my great relief and surprise, I was NOT.  I was not even close.  The first quiz result told me I “may want to get a little more involved”, and the second quiz told me I had “found a good balance between being too hands-off and too involved.”  Whew!  But I fear a few of my kids’ elementary teachers might beg to differ and would probably say I was a helicopter parent of the worst kind.  I choose to think of myself as a part-time helicopter parent or maybe an “intermittent” helicopter parent.  I think even now, there are rare times with my teen in high school that I tend to become a helicopter parent.  After reading some articles with descriptions of college campus helicopter parents, I definitely don’t fit the description (sighs with great relief).  No, I DON’T e-mail or call my college student’s professors.  No, I DON’T call, e-mail, or text my college student multiple times a day to talk to him.  As a matter of fact, we have been known to go a couple of weeks without talking to each other.  No I DON’T check his papers for him or worse, write them for him (trust me he wouldn’t WANT me to do that even if I could).  And no, when he was applying to colleges I did NOT fill out his college applications for him, NOR did I write his scholarship essays.  I was appalled to learn that there are actually parents who do those things.

So just why has helicopter parenting become much more common in the past three decades?  According to research I did, technology is partly to blame.  Technology has allowed parents to stay way too involved in the lives of their children.  Cell phones are even being called “the world’s longest umbilical cord.”  When I was in college, our dorm rooms had the old black wall phones (you know the ones with the coiled cords and rotary dials), but it was long distance for my parents to call.  So they usually didn’t call unless there was an emergency at home.  There was no e-mail, no Facebook, no instant messaging, no cell phones, no texting, etc.  We as parents are encouraged from the beginning to be involved in our kids education.  How many times have we heard that children and teens whose parents are involved or who play an active role in their education, do better in school?  How many times at parent/teacher conferences did I hear a teacher say that the parents who tended to go to conferences were the parents whose kids were doing well and who really didn’t even need a conference?  It was always the parents whose kids WEREN’T doing well who never showed up at a conference.  It was like that in elementary school and it is like that in high school too (my son attends a high school that has parent/teacher conferences).

I think the key is being involved without hovering.  We need a healthy balance between the two.  Children and teens need to be able to practice making their own decisions.  I believe they can make those decisions with guidance from their parents, but we as parents need to let them experiment with making their own decisions and learn from those decisions.  Our college students need to be treated like adults and given responsibilities.  They need to be held accountable for their actions or how will they ever learn?  How will they ever learn to make their own decisions if we are always making decisions for them?  And how will they ever learn to problem-solve if we are always solving their problems for them?  I have heard stories of parents who actually give their college aged student wake-up calls every morning and serve as their alarm clock, otherwise, they say their child “would never wake up.”  Duh.  They will sure never learn to wake up on their own as long as they know good ole mom or dad is going to call to wake them.  Will these parents continue doing that when that “child” gets in the real working world?

I believe most helicopter parents mean well and are doing what they do out of love.  I think they mean to be helpful.  College has become much more competitive and much more expensive.  Since parents are usually the ones paying for college, a lot of parents feel the need to protect their investment and so they hover.  But helicopter parents also send their children a disheartening message.  By making all their children’s decisions, aren’t they in fact saying, “I don’t trust you to be able to make these decisions or handle these problems on your own?”  Yes, there needs to be a healthy balance.

Parenting is not always easy.  I read a quote once by Wayne Rice that said,

The problem with being a parent is that by the time you are experienced, you’re out of work.

That is so true!  Letting go is hard at any age.  Taking my oldest son to college on move-in day and then leaving him there was one of the hardest things I have ever had to do.  The only thing harder was watching him drive off alone for the first time with that newly earned drivers license in his pocket.  Even though I tried to prepare myself for those moments, nothing could make them any easier.  But as hard as it was, I knew letting go was important.  I have learned that sometimes we need to let our kids fight their own battles, whether it be with a professor in college who doesn’t grade fairly or with a preschooler who is learning to get along with others.  It’s okay for us as parents to give our children guidance and act as their coaches, but we shouldn’t always play the game for them or always try to save them from their mistakes.  It is by making mistakes that we learn.

My youngest son did not talk until he was four years old.  At 18 months he only had a two-word vocabulary…. “Mama” and “Barney.”  My pediatrician said we would not worry, that he might just be a late bloomer and she would evaluate him again at his 24 month check up.  At 24 months, he still could only say “Mama” and “Barney.”  His attempts at talking were slurred and unintelligible.   All kinds of conditions were mentioned to us… Autism, Fragile X syndrome, Pervasive Developmental Disorders, etc.  It was a very scary time where my husband and I did a lot of worrying.  Our pediatrician sent us to a pediatric neurologist who did some neurological testing.  We were also sent to Vanderbilt to the Child Development Center for a day-long evaluation by a team of professionals – a pediatrician, a neurologist, a psychiatrist, a social worker, and a speech language pathologist.  Autism was ruled out immediately.  We were referred to the Genetics Center for genetics testing.  All of those tests were normal.  We went to a speech/language evaluation at Bill Wilkerson Center (twice).  After all these tests and doctors and evaluations and quite frankly, many months of worrying, we were finally given a diagnosis of Verbal Apraxia.  We were told our son’s speech center in the left side of his brain was just not developed like it should be, that it could be just slow in developing, or it could be some sort of birth trauma-related brain damage and it may never develop.  We were told he would need long-term special education/speech therapy.  He became increasingly frustrated as did we, by his inability to communicate with us.  This frustration was displayed as behavioral problems – mainly horrid temper tantrums.  This led us to a developmental psychologist for behavioral counseling.   As I always tend to do, I started reading books.  I read everything I could find on speech delays in children, on verbal apraxia, on special education, on temper tantrums, etc.  Everything I read emphasized being an advocate for my child and fighting for his rights (because I could be assured that no one else would fight for him).   In short, I became a helicopter parent.  I guess you can say that I became somewhat distrustful of everyone who dealt with my child, and worried that the right decisions were not going to be made for him unless I was right there in the middle.  But I had a great support system of professionals (it just took me a while to learn that and start trusting them).  Thanks to the help of a wonderful special education pre-school teacher, some very patient speech pathologists, and my pediatrician who refused to give up, my son surprised everyone.  He started talking when he was four and hasn’t stopped since.  It’s like something finally clicked and he “took off.”  I will never forget going to pick him up at pre-school one day and the speech teacher running up and hugging me and telling me she actually had to tell my son to “quit talking.”  It was a joyous day!  He was able to start school on time and has excelled.

I think the bottom line is finding a healthy balance in being involved in our children’s lives and giving them their space.  There’s nothing wrong with wanting your child to be successful.  It’s okay to offer guidance and love and support.  But parents don’t need to carry it to the extreme and hover.  And I have to remind myself of that often.  I’m getting better as time moves on.  Yes, it’s all about balance. 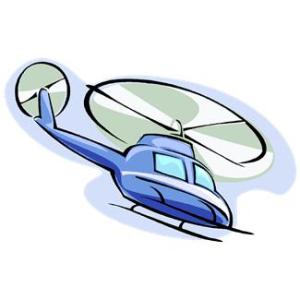 I am a wife, mother, sister, aunt, friend, veterinarian, and wanna be writer. I love nature and animals of all kinds, music, cooking, and spending time with my family.
View all posts by Gail →
This entry was posted in Parenting and tagged College, helicopter parenting, letting go, special education, speech/language delays. Bookmark the permalink.