Ambivalence Towards a New Year

On December 31st, I sometimes feel a certain sadness in seeing the year go, but mostly I feel an excitement at seeing a brand new year…. a fresh year.  The slate feels wiped clean and my brain and body feel energized and motivated at the year’s possibilities.  It’s a time of new beginnings.

Last year I remember thinking on December 31st that it (2011) had been a big year and one full of changes.  Our oldest graduated from college.  Our youngest graduated from high school.  My mother-in-law had suffered a bad fall and some horrific injuries.  My husband and I became empty nesters which left me not knowing quite what to do with myself.  I somehow felt I was suddenly lost and without a purpose.  I didn’t like that feeling at all and I wanted my (young) kids back.  I wanted a second chance to do certain things over.  I suddenly missed tying shoelaces, nights of reading bedtime stories, driving kids to elementary school in the morning, days of being a room mother, and watching my young sons play with their Spiderman and Batman toys.  But those days were long gone and I needed to accept it.

This year, I had mixed feelings about the New Year coming in.  Nothing earth shattering happened in 2012 in our family and compared to 2011, it was an anti-climactic year.   I wasn’t particularly happy or sad to see it go.   It was a relatively calm and uneventful year and in one way I was very grateful for that.  I had big hopes at the beginning of 2012.  As I sit here on the first day of this New Year, I thought about all the things I didn’t accomplish this past year which naturally brought some disappointment.  There was my usual New Year’s resolutions to lose weight and get healthier (can’t say I totally failed in that endeavor but it just wasn’t of the magnitude I had hoped for).  I’ve vowed NOT to make that weight loss resolution or any other resolution this year.  It only sets me up for failure and I’m not going there anymore.  There was also the goal of getting my basement decluttered, reorganized, and cleaned in 2012.  How many years have I set that goal?  Too many to count.  I had set a goal of going through one box a day.  How hard could THAT be?  It took only five boxes and not even two weeks into the New Year before I was completely overwhelmed with what to do with “all the stuff” before I quit going through boxes.  My basement sits in a worse cluttered mess than New Years Day of last year.  I obviously need a new plan.  Sigh.  I wondered today why my focus has been on what all I DIDN’T accomplish instead of what I CAN accomplish this coming year.  I so need to be more positive.  I won’t give up on my goals of losing weight, getting healthier, and getting a cleaner, more organized basement.  I just have to try a different approach and try a little harder to stay motivated.  I’m determined to step out of my comfort zone and try some new things this year.  Stepping out of my comfort zone doesn’t come easy for me just as I suppose it doesn’t come easy for anyone.  Last time I stepped out of my comfort zone and went way out on a limb, that limb broke on me and I came crashing down hard.  And I haven’t forgotten that.

I found myself entering this New Year with a heavy heart.  It was a few events at year’s end that left me saddened and utterly disappointed in humanity and in the world I live in.  I’m speaking mostly of two events– events that literally left me down on my knees and sobbing to God on more than one occasion–  The Newtown Connecticut Sandy Hook Elementary school massacres where twenty innocent children and six teachers were shot and killed in cold-blooded murder.   And why?  WHY?  Then there was the news of the brutal gang rape of a 23-year-old medical student on a bus in New Delhi, India.  A woman who was my oldest son’s age (a mere child in my opinion), who was beaten with an iron rod along with her male companion, and then raped repeatedly for an hour, stripped of her clothes and thrown off a moving bus next to a highway.  A woman who had been described as brilliant and ambitious and an inspiration to others.  That young woman, who had such a promising outlook, died not quite two weeks later from her horrendous injuries caused from the brutal beating and rapes she endured.  The same iron rod used in the beatings was also used in the rape and caused massive internal injuires to her abdominal organs.  She suffered brain injuries, a blood infection, an abdominal infection and underwent multiple abdominal surgeries.  Six men have been charged with murder in that case.  What happened to this woman is unfathomable.  How can there be so little regard for human life?  I can tell you with all assuredness that I am ashamed at what I have wished would happen to these six evil men, one reportedly a teenager.  And I cried again today when I read an article about it where the victim’s father was quoted as saying about his deceased daughter:  “It is hard to believe I will never hear her voice again, she will never read books to me in English again.”  Breaks my heart.  How do you survive something like this happening to a loved one?  How do you carry on?  I’m not so sure I would even want to.

So it is with a heavy heart that I greet this New Year, not really even sure I want to live in the world I live in…. a world that seems to be growing more and more evil and dark with each passing day.  My mind struggles to grasp all the hatred, the loss of compassion for human life, and the growing unkindness in our world.  I’m having to turn off the news.  I can no longer read anymore follow-up stories.   I just can’t.

My number one wish for the New Year is to live in a world with more kindness.  And to have that happen, I have to do my part instead of sitting around moping and whining and crying and wishing things would change for the better.  So I’ll be more kind myself this year and I’ll practice more random acts of kindness.  It doesn’t seem like much but it’s a start.  I’ll start with me– it’s the only place I know to start.  And I’ll pray.  I’ll definitely pray. 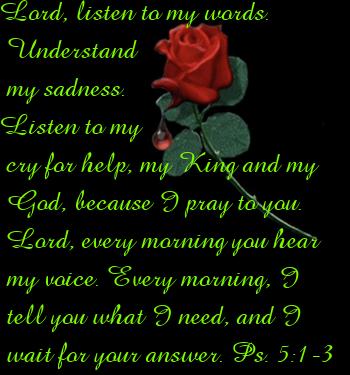