To Have and To Hold

Two days ago my husband and I had our 28th wedding anniversary.  Hard to believe. Someone asked me if it seemed like 28 years.  Sometimes it does, other times it seems like only yesterday.  Time flies.

I try to make it a tradition on our wedding anniversary, to sit down and look at our wedding pictures.   This brings many smiles and happy memories.  And now, 28 years later, there are usually comments like, “I wish I was that skinny again,” or, “Look how young we looked,” or “Look how happy we were,” or “Wow!  No gray hair!”  And when our kids look at our pictures, we usually hear something like: “Look at Daddy’s mustache!” And then there’s laughter. 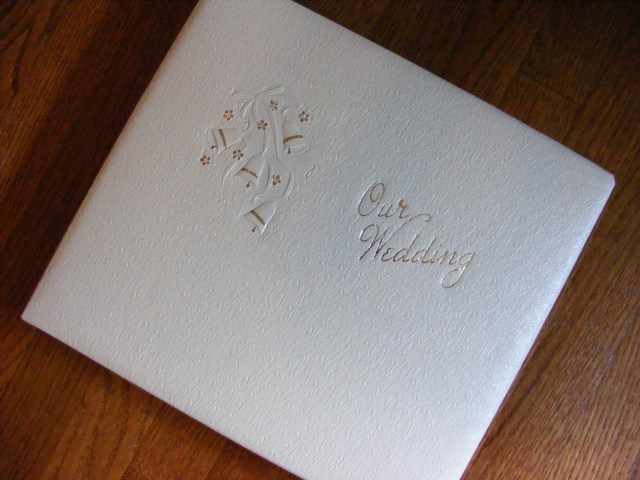 I just lost a dear childhood friend one month ago who I loved like a sister.  She and her husband were married 31 years.  He told me just after her death, that their 31 years of marriage only seemed like 31 minutes to him.  He keeps saying to me, “If only I just had one more day with her to talk to her, to tell her I loved her.”  That said to me that I need to cherish every remaining day I have left with my husband.  To not take one single day for granted.  Because of the loss of my friend, and seeing what her husband is going through, this anniversary with my husband was just more powerful.

To me, anniversaries are not about flowers, or chocolate, or dinner out.  To me, it is a day of remembrance.  I remembered back to the days my husband and I were in high school together and when we went out on our first date.  We went to the band banquet together our senior year.  And I’ll just mention that I asked HIM out which wasn’t the “usual” thing for a young girl to do back in the 70s.   Our second date (yes, he asked ME out that time) was dinner out at a steakhouse (where we just happened to run into his mother and sister) and then to a cinema to see the blockbuster movie Jaws.

We dated 8 years before marrying.  I remember our many picnics, going fishing, going to movies, and sitting together for hours and just talking.  My husband was always the perfect gentleman.  The kind who always opened car doors and other doors for me. Always treated me with the utmost respect.  My parents had nothing to worry about when I was with him!  I remember the hours we sat at tables and studied together while getting through college.  We knew pretty soon that we were meant to be together. We knew we would marry.

We both decided we wanted to wait until we were finished with school before we married. And since we were at different universities hours apart, we long distance dated for 7 years.  It wasn’t easy, but we have no regrets and are glad we waited.  I remember the night he gave me my engagement ring.  We were at the Grand Ole Opry. He had not really planned to give the ring to me that night.  It just happened.  An impromptu proposal.  We had picked the ring up that night from a jeweler friend (who worked at the Opry) but the actual proposal was to come later (or so I was told).  Not too many people know that story.  I guess there’s not too many people who can actually say they got engaged at the Grand Ole Opry House.   I didn’t take my eyes off that ring on my finger for an entire week.

We married in the Episcopal church.  Made our commitment to each other and to God in the church.  In front of family and friends, but most importantly, God.  I love weddings, but I particularly love Episcopal weddings.  They represent the union between Christ and His church.   Episcopal marriage is a Christian Sacrament.  It’s a beautiful ceremony.  And a beautiful celebration.

In the Episcopal church, premarital counseling is required.  My husband and I met with the priest for 3 private sessions.  The priest made sure we knew darn well what we were getting ourselves into.  We were asked many questions during those counseling sessions. Questions that really had us thinking and planning.  Quite honestly, those sessions were a little nerve-racking.  But I was grateful for them in the end.   I got the idea right away that the Episcopal church does their best to see that all marriages succeed and that marriage is taken very seriously.  As it should.

The back of our wedding program

We spent our wedding night at Opryland Hotel (which is now called Gaylord Opryland). Then we honeymooned in The Poconos in Pennsylvania for a few days and then traveled on to Niagara Falls for several days.  I still say our honeymoon is one of the best trips and happiest trips I’ve ever taken.  It was a new feeling, a great feeling, a special time.  A time when we bonded as husband and wife.  No longer girlfriend and boyfriend.  What a special week that was.  And it was pretty darn romantic too. 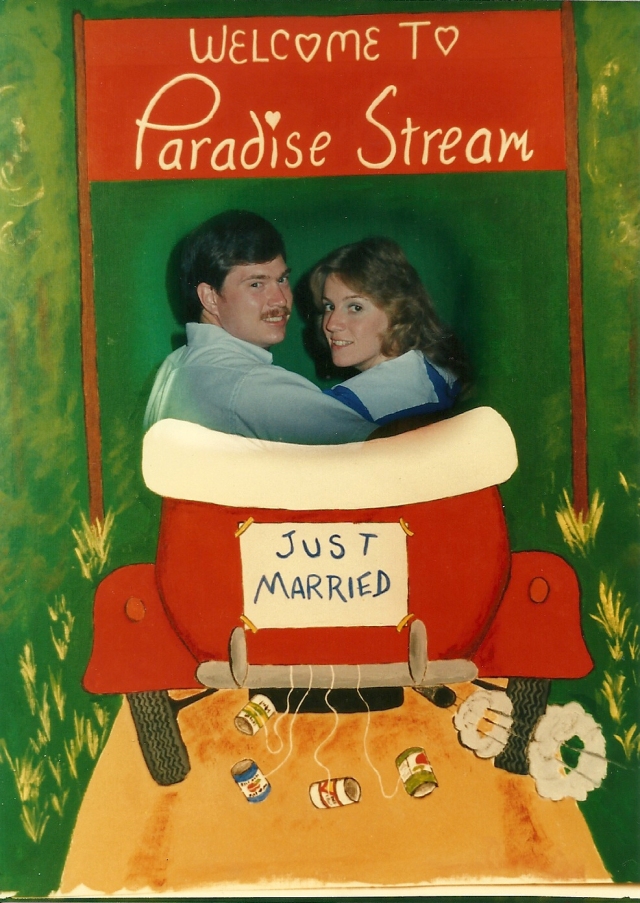 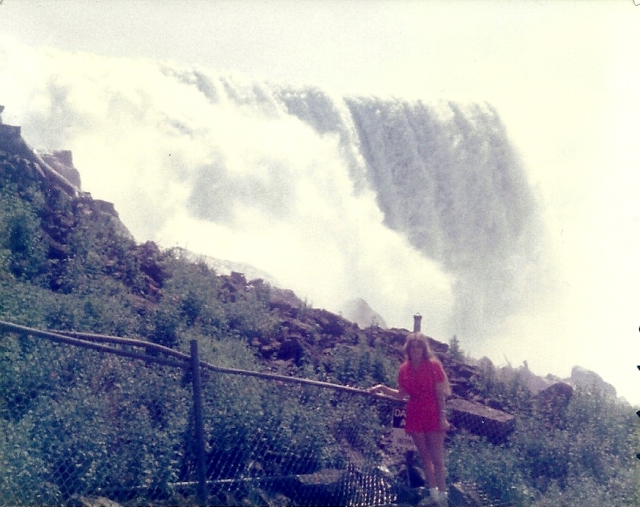 Four years after marrying, we brought home our first son from the hospital.  I remember us both standing by his crib and just marveling at this new little wonder.  I fell deeper in love with my husband during those times.  There’s just something about bringing a child into the world together.  I don’t think you look at each other in the same light ever again. It bonds you in a way that is indescribable.

And then three years later, we brought home another son, and though I didn’t think it was possible, I fell even deeper in love with this man I married.

I think of the words said in our marriage ceremony:  The union of husband and wife in heart, body, and mind is intended by God for their mutual joy; for the help and comfort given one another in prosperity and adversity; and, when it is God’s will, for the procreation of children and their nurture in the knowledge and love of the Lord. Therefore marriage is not to be entered into unadvisedly or lightly, but reverently, deliberately, and in accordance with the purposes for which it was instituted by God.

I think of the day 28 years ago, when the priest looked me in the eye and said:   Gail, will you have this man to be your husband; to live together in the covenant of marriage? Will you love him, comfort him, honor and keep him, in sickness and in health; and, forsaking all others, be faithful to him as long as you both shall live?

And my answer?  I will.  The same asked of my husband.

I think of my vows:  In the Name of God, I, Gail, take you, Rick, to be my husband, to have and to hold from this day forward, for better for worse, for richer for poorer, in sickness and in health, to love and to cherish, until we are parted by death. This is my solemn vow. 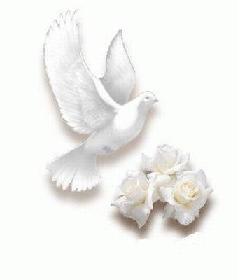 I am a wife, mother, sister, aunt, friend, veterinarian, and wanna be writer. I love nature and animals of all kinds, music, cooking, and spending time with my family.
View all posts by Gail →
This entry was posted in Love, Relationships and tagged Episcopal church, Episcopal marriage ceremonies, Happiness, love, marriage, memories, wedding anniversaries, wedding vows. Bookmark the permalink.

4 Responses to To Have and To Hold