This post is in response to the WordPress one-word daily prompt: Bludgeon

When looking at the daily prompts, I try to go with the first thing that comes to my mind when seeing the prompt.  Today’s prompt elicited the Ewww response when I saw it but a story quickly came to mind.

Many years ago when my boys were still in elementary school, the county we were in switched to a Modified school calendar.  There was a three-week fall break, a 3 week spring break, and a 6 week summer break.  Later these were changed to 2 weeks in the fall, 2 weeks in spring and 8 weeks off for summer.  During the fall and spring breaks, they offered intercession classes.  Teachers were available to help any students who needed remedial help but there were also fun and educational classes offered.  I remember my boys took a photography class, and an Egyptian history/Hieroglyphics class, a roller skating class,  an arts and crafts class, a softball class, and a karate class, just to name a few.

I was asked a few times to teach a Pet Care class.  I taught two groups of students.  In the mornings, I taught kindergarten, 1st and 2nd graders and in the afternoons I taught 3rd, 4th and 5th graders. I taught basic pet care for dogs and cats but also touched on pocket pets and exotic pets too.  On the last day, with their parents permission, the students could bring in their own pets.  I feared that day and thought it might be too chaotic, but it worked beautifully and we ended up having a nice variety of animals.  We discussed the importance of preventative care and I educated them on what a veterinarian does.  I brought surgical caps, masks, gowns, and gloves to let the kids try on and had an assortment of veterinary instruments for them to look at.  I brought a dog one day for the purpose of demonstrating a physical exam.  The kids got to listen to the dog’s heartbeat with a stethoscope, and see how a veterinarian uses an otoscope and ophthalmoscope, etc.  This was a very well-behaved and cooperative dog who loved children in case you’re wondering.  We read books out loud on what veterinarians do, played some animal games and did some role-playing while learning all about dog bite prevention.  I brought a cat to class one day (my own— he was less than thrilled).  Another day we had a chameleon (the kids were absolutely mesmerized with its rolling eyes and its ability to change colors) and another day a parakeet (which happened to be the day the school decided to have a blasted fire drill).  Let’s just say that fire drills and parakeets do not mix and poor Tweety the parakeet did NOT have a good day that day.  A friend of mine who is a bat rehabilitator brought 2 Little Brown bats for a special treat on the last day.  It’s not every day you can say you touched a bat! 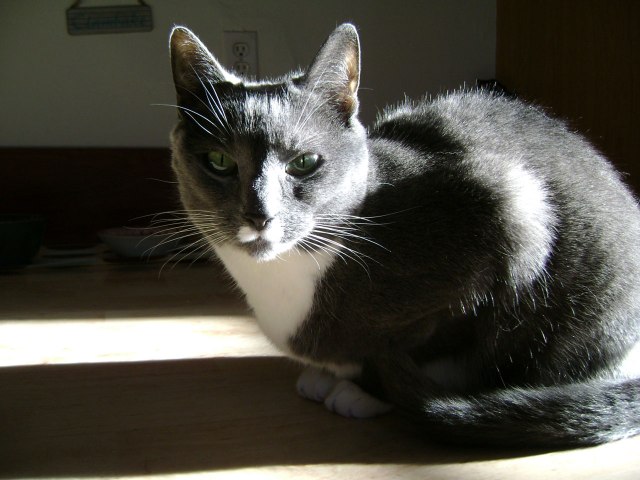 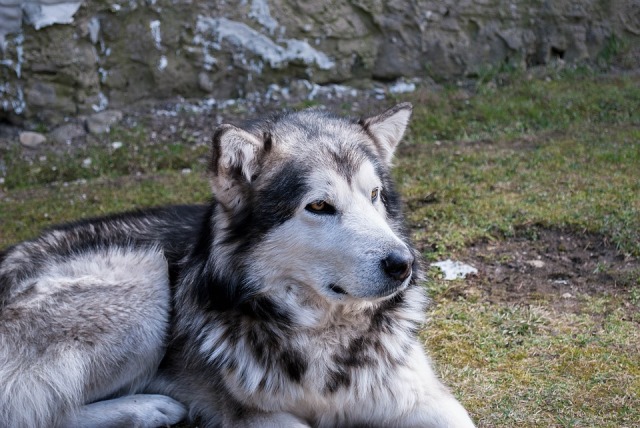 I’ve taught enough of these classes to know that the more visual aids I use, the more the children seem to process and grasp.  Visual aids help them to see and to understand the information I am presenting to them. The more visual aids, the more they seem to enjoy the class.  So I trudged into that pet care class, with live animals, instruments a veterinarian would use, heartworms, a jar of roundworms and a jar of tapeworms, an assortment of bladder stones, a rather large hairball, and X-rays.  I brought human as well as animal X-rays and the children enjoyed seeing the differences.

An otoscope for looking in ears

Examining a kitten’s eyes with an ophthalmoscope 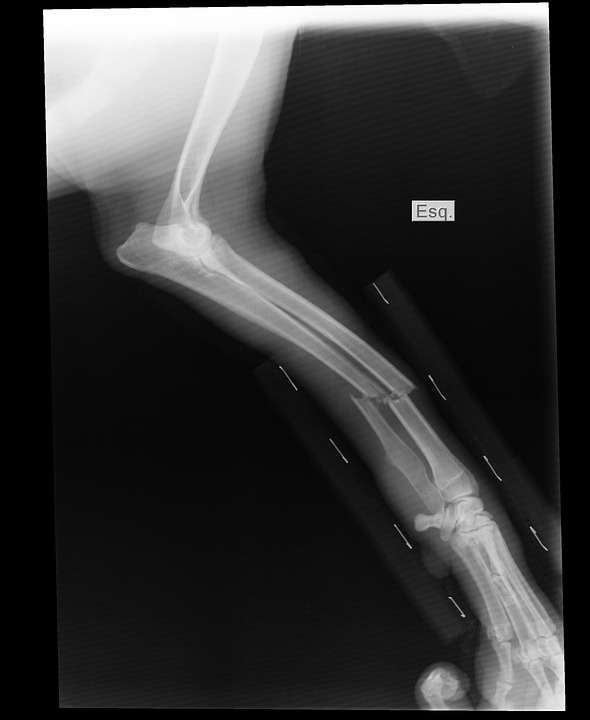 Fractured front leg (radius and ulna) of a dog

I went to the State Animal Health Diagnostic Lab and met with the State Veterinarian who was SO very nice and helpful to give me some excellent animal specimens to show the kids. There were various animal organs like brains, livers, kidneys, eyeballs, a dissected heart showing heartworms, a brain with tumors present, etc.  The kids loved all of this.

heartworms in a dog heart

I was also given a specimen bag that contained several bludgeoned pig brains.   I started to decline taking these brains as I didn’t want to traumatize any small children and thought perhaps this might just be a little too much gore.  The state veterinarian assured me they would be a big hit.  He suggested using them to show how important it is to wear bicycle helmets.  The story he told me about these brains was that the pigs had contracted some incurable illness (in all honesty, I have forgotten what it was).  Long story short, the pig farmer could not afford to have a veterinarian come out to humanely euthanize the pigs, so he took it upon himself to take care of business himself.  He proceeded to get a hammer (yes, a hammer!) and bludgeon the poor piggies to their deaths.  Their brains were obviously swollen, bruised and hemorrhagic.  I had a normal pig brain for comparison and believe me, the difference was quite striking even to the eyes of a seven or eight year old.  And for those of you who are wondering, I forewarned the children on all the preserved specimens what I was about to show and told them if they had sensitive bellies or it bothered any of them, they didn’t have to stay in the room but could step outside.  None of them did and none showed any signs of squeamishness.  On the contrary they were curious and inquisitive.   In all honesty I adapted the story somewhat and left the part out about the hammer-swinging farmer.  I had to chuckle and had some explaining to do though when one child went home and told his mom that I had brought the bloody brain of a child in to the classroom who had crashed on a bicycle and was killed.  And then there was the other kid who went home and told his mom that I showed the brain of a pig who had somehow ridden a bicycle and who crashed and died due to brain damage, all because he didn’t have a bicycle helmet on.  I sure would have loved to have seen the look on that mom’s face during that story.

I’m willing to bet that every single child in that room who saw those bludgeoned pig brains never EVER forgot to put their bicycle helmets on.  My kids sure never forgot.

I am a wife, mother, sister, aunt, friend, veterinarian, and wanna be writer. I love nature and animals of all kinds, music, cooking, and spending time with my family.
View all posts by Gail →
This entry was posted in Animals, Daily Prompt and tagged bludgeon, brain trauma, importance of bicycle helmets, learning, pet care class, teaching. Bookmark the permalink.