Why I Despise Calling Doctor’s Offices

I don’t know if it’s just me, but it seems that dealing with the medical profession is so much more frustrating now than it used to be. I feel I’m constantly trying to jump through hoops to accomplish anything– to get an appointment, to get a prescription filled, or to just ask a medical question.

My husband is a nurse and he knows how busy medical employees are. He truly understands that and knows the system. I worked in the medical profession too, albeit it was the veterinary world and not the human world, but I think I have a pretty good grasp of how hectic life can be working in the medical world. I try to be kind and I try to be patient.

My husband and are in agreement that our dealings with medical offices would improve 100% IF WE COULD JUST GET A HUMAN TO ANSWER THE PHONE INSTEAD OF ALWAYS GETTING A MACHINE AND VOICE MAIL. Because when we leave a message that will require them to return our call, and three days later we still haven’t received a call back from them, does that mean:

A. They never got our message?

B.  They received our message but are choosing to ignore it?

C. They got our message but are so swamped, that they just can’t seem to find the time to call us back?

D. They got our message and fully intended to call us back but we somehow got lost in the shuffle?

We just can’t grasp the use of answering machines in medical offices.

I called my urology office early one morning recently on a Tuesday  because I was in pain. My body had tried unsuccessfully for 6 weeks to pass a kidney stone and so I underwent a cystoscopy and a laser lithotripsy.  A ureteral stent was put in place. I had the stent removed on February 8th and it was now almost three weeks later and I still had significant pain. I did not think this was normal.

After FINALLY getting a human voice on the phone, I asked if I could speak to my doctor’s nurse or if they could have the nurse call me back. I was told of course the nurse would have to call me back since she was in clinics. I was fine with that and understood completely. But first, the woman on the phone needed to know what my problem was and why I needed to speak to the nurse. So I went through my history, described my pain, and mentioned that I didn’t think that after three weeks, that I should STILL be having pain. Before she could have the nurse call me back she needed to ask me some questions. “Okay,” I said. And then she asked, “Are you having any pain?” I was dumbfounded. This person hadn’t heard a word I had said. I’m sure I audibly sighed before I explained my situation again, talking a little slower and louder this time. I repeated what I had just told her. I told her I had had pain every day since my stone was diagnosed on December 20th. Her next question was, “How long have you had the pain?”

My first thought was, “You’ve got to be kidding me!  This woman seemed to have no listening skills whatsoever.

I felt my blood pressure rise but still I was polite as I repeated myself. She said she would have the nurse call me and we hung up. I had not been listened to nor heard. I was frustrated and sat down in the recliner to close my eyes and take some deep breaths.

The nurse returned my call and I went through the story yet again, this time answering more detailed questions. Fearing they were thinking I was some junkie just wanting pain meds, I explained my pain was not excruciating but very annoying because I was experiencing it every day and at times it woke me up at night, more than once. I told her I was not having to take prescription pain meds and that Ibuprofen seemed to be doing the job. I did NOT need or want pain meds. I told her I was just very concerned that my pain was still present and wanted to get this problem resolved.

The nurse told me she would message the doctor and when she heard back from him she would call me back. We hung up.

I waited all that day (Tuesday), all day Wednesday, and all day Thursday for that return call. It never came. So at 3 pm on Thursday, I called back. After listening to elevator music for what seemed like an eternity (and a recording every 5 seconds of how all available associates were busy and to please remain holding), I finally got a human voice. I went through my story, told her I had called on Tuesday morning and had spoken to the nurse (I told her the nurse’s name) who had told me she would message my doctor and call me back after hearing back from him. I told her I had been waiting by the phone for three days and never heard back from anyone and yes, I was STILL in pain.

This woman’s reply to me was that they probably had returned my call but for some reason, I had not picked up the phone! Well, at hearing that, my blood pressure soared! I had reached my peak of frustration, and was on the verge of tears. Can someone kindly explain to me WHY I would not pick up my phone after I was the one who had called them asking to speak to a nurse and had been waiting patiently for their call for three whole days? Every fiber of my being wanted to tell this person how very stupid that was. But I took a deep breath (maybe two) and I reminded myself to be KIND. I calmly told this person no, that wasn’t the case, that I had both Caller ID AND an answering machine and no, I had NOT received any call from them or a message. She told me she didn’t know what happened then and she would message the nurse, this time marking it URGENT. I thanked her, hung up the phone and sat down and cried. Yes, I put my head in my hands and I cried.

I started wishing my husband was not sleeping because I really wanted him to pull out his sphygmomanomter and his stethoscope and take my sky-high blood pressure to see if I was indeed at stroke level as I suspected. All I could think about was what I had read on this office’s website (or maybe it was their Facebook page) that had said “we understand how painful and uncomfortable kidney stones are.”  No, I truly don’t think that they do. It also said, “We administer effective treatment with a patient-focused, compassionate approach.” I’m sorry but I beg to differ. 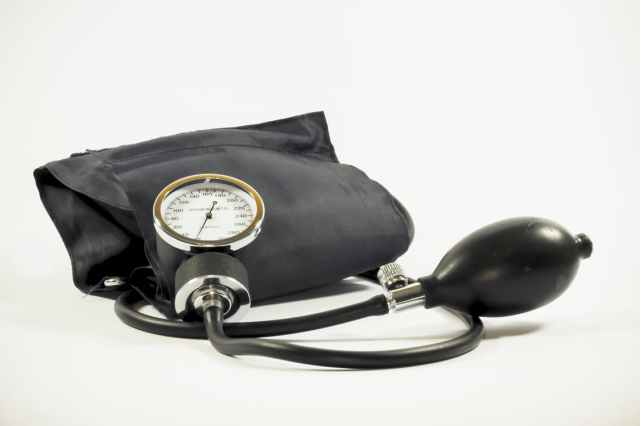 The nurse did call me back within about 10-15 minutes and she did apologize, telling me she didn’t know what had happened. She scheduled me an appointment to see the doctor the following Tuesday.

On Monday night at 6 pm, my phone rang. My caller ID said “unknown name” but I recognized the number as being the urology office number. “Hello,” I answered. ”
May I speak to Gail?”  “This is she,” I replied. “Gail, this is A_____ from the urology office and I was just noticing that you have an appointment with us tomorrow afternoon.” Yes, that’s correct,” I said.  I was thinking it odd that she was calling at 6 pm since the office closes at 5. I was thinking she was going to cancel or reschedule my appointment. But then she said in a snarky voice, “Well, I don’t know if you’ve received any statements from us but I see that your balance is $286.46 and I just wanted to let you know that you WILL have to pay this IN FULL tomorrow before we can allow you to see the doctor.”

I think my jaw hit the floor. Completely dumbfounded and not knowing how to respond, I reminded myself again, to be kind. Always, always be kind Gail. I took a deep breath, and told her I sure appreciated her letting me know and I hung up. There may or may not have been some spontaneous snarkiness in my own voice.

I have always, always paid my medical bills.

I had paid every thing this urology office had asked me to pay which was co-pays and deposits on the surgical center cystoscopy and stent removal.

I did not recall receiving any statements from them whatsoever.

With bulging neck veins and feeling like my head might explode, I told my husband what had just transpired. He confirmed that we had NOT received one single statement from that office. He also said, after going over the insurance EOB’s, that he was pretty sure that they owed US money because we had overpaid them.  We pulled out all those forms, sat down, and spent an hour going over them all again. Hubby was spot on. They owed us.

We decided to go in an hour early the next day for the appointment and take this matter up with their billing office. I’ll be the first to admit, that I was glad hubby was going with me because he is ever so patient and much better at talking and dealing with people than I am.

That night I prayed for God to give me patience and compassion to deal with these people who were quite honestly frustrating me to the point that I was ready to find a new doctor. I really, really liked the doctor and didn’t want to switch. I prayed above all that He would help me to be kind and not show my anger. Because I knew that would only complicate matters further.

The next morning, I left the house early to be with my sister who was having surgery to repair a tendon in her elbow. When I got home from the hospital to get ready for my appointment, my husband told me we did not need to go in early after all. He had called the insurance company and explained the situation and the snarky call I had received the night before. The nice lady on the phone agreed with my husband that we were owed money and asked if he wanted HER to call the urology office and get this all straightened out? He told her to go right ahead and wished her luck. So she did. She called back a short time later, and said it was all worked out and they would be reimbursing us for our over-payment. The urology office also called a short time later and told us they would be reimbursing us and crediting our credit card. I thanked them politely.

I made my husband stand with me as I checked in for my appointment that afternoon because I fully expected trouble. The lady checking me in stared at her computer screen for the longest time, squinted, leaned in closer to the screen, and furrowed her brow.  This went on for quite some time. I braced myself. She finally looked back up at me, smiled and said, “Okay, you’re good, you just owe your copay today.”

I am a wife, mother, sister, aunt, friend, veterinarian, and wanna be writer. I love nature and animals of all kinds, music, cooking, and spending time with my family.
View all posts by Gail →
This entry was posted in Daily Prompt, Health, Kindness and tagged answering machines at doctor's offices, calling doctor offices, Daily Post, frustration at calling medical offices, listening skills. Bookmark the permalink.

7 Responses to Why I Despise Calling Doctor’s Offices