I’ve always wanted to try pumpkin French toast so I made some this morning.  It was surprisingly good and even hubby liked it so it was a win-win!  I used honey wheat bread and it didn’t seem to want to cook as easily as my regular French toast.  Not sure if that was due to the ingredients or the bread that I used.

I halved this recipe since it said it made 12 slices of French toast and I was just cooking for two. It made exactly four slices. 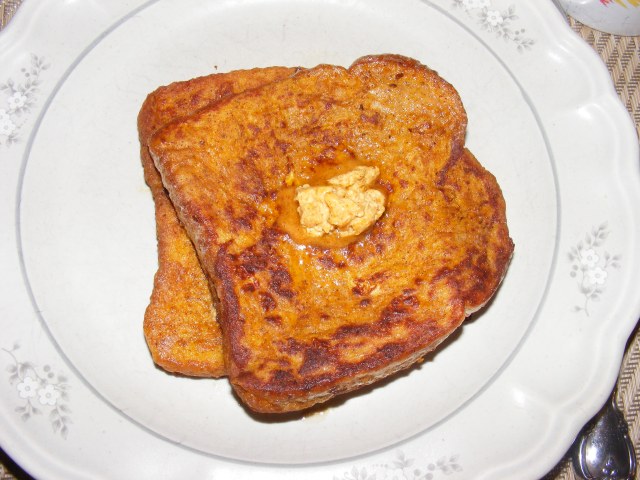 If you like your French toast on the sweeter side, add  1 tbsp. of brown sugar to the mixture. 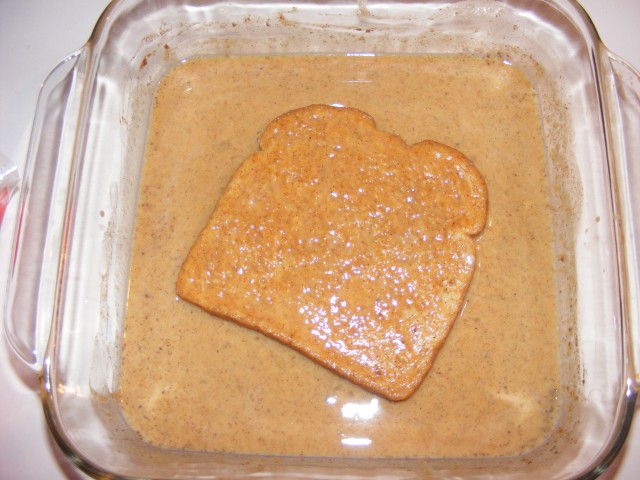 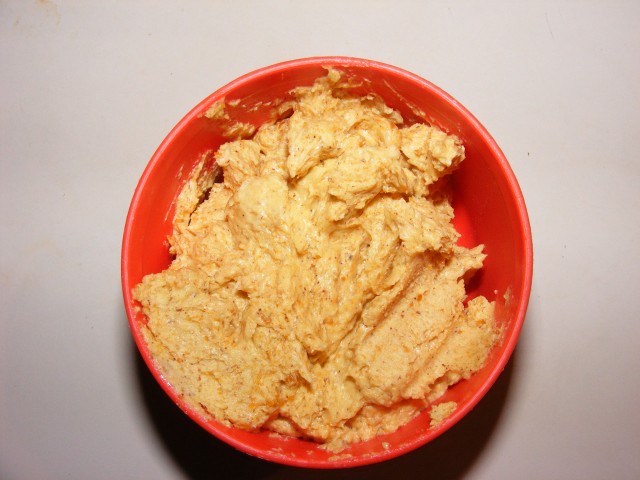 I am a wife, mother, sister, aunt, friend, veterinarian, and wanna be writer. I love nature and animals of all kinds, music, cooking, and spending time with my family.
View all posts by Gail →
This entry was posted in Cooking, Recipes and tagged Pumpkin French Toast, Whipped pumpkin butter. Bookmark the permalink.