Why I Love Publix

Today is a major milestone for my husband, Rick. 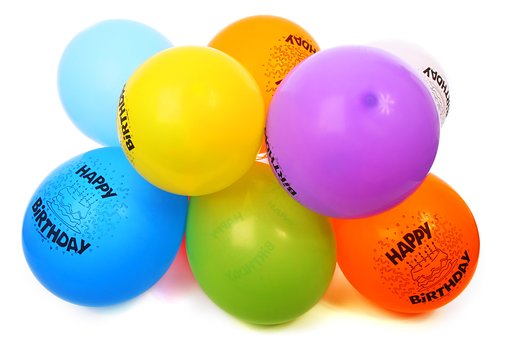 July is birthday month in our family.  Hubby’s birthday is today, mine is 6 days after his, his mother’s is 4 days after mine, and our daughter-in-law’s is the last day of the month on the 31st.  To say that we get a tad bit burned out on birthday cake and put on a few pounds in July is an understatement.  By the time our wedding anniversary rolls around August 2nd, we are caked out.

This year, Rick and I decided we didn’t want big cakes for our birthdays.  So when we were in Publix the other day, our mouths watering from all the delectable goodies in the bakery case, we spotted the perfect sized cake.  A mini buttercream cake which was 5 inches in diameter which appeared to have about 4-6 servings.  I ordered his cake and told the bakery employee to put a blue icing border around the edge.  Since a five inch cake isn’t really big enough to write Happy Birthday Rick, I told her to just write Rick, and then underneath to put a 60 or 60th.  She liked the 60th idea.

We stopped off at the store this afternoon to pick  the cake up and were carrying it to the checkout when my husband said, “Did you check to even see what it looked like?”  Though I just about always do that, I had not on this one.  How could they mess up a little five inch cake with one name and a number?  They had the receipt taped over the little clear window in the bakery box.  I stopped and lifted the receipt.  There plain as day, in blue icing, was the name:

I stood there staring at that cake with furrowed brow.  I showed it to hubby, my brain quietly pondering who the hell Rick Goth was.  Hubby looked at the order form and realized the order taker had written 60th but made her 6 look like a G while making all the other letters the same size and running them all together.  For some reason, this just started getting funnier to me.  My husband and I walked on to the checkout, pondered whether we should take it back and have it corrected or just let it all go.  After all, we would soon be devouring it.  But then there was the matter of photos.   We decided to buy a small tube of blue icing and just fix the defect ourselves.  We found the icing and went to the self-checkout.

There happened to be an employee standing nearby who smiled at us and so I carried the cake to her and I said, “Ma’am, what does this cake look like it says to you??”  Without batting an eye, she said loudly, “Rick Goth.”  I laughed and said, “Okay, thank you, it’s supposed to be Rick with a 60th underneath.  She smiled, then laughed, and took the cake from my hands.  Laughing, and seeing our little tube of blue icing that we were about to purchase to fix THEIR mistake, she said, “Oh NO! They WILL fix this for you!”  She walked to customer service, and showed the cake to two different employees.  She asked them both what the cake said.  Both said, “Rick Goth” (of course)! When they realized the error, they laughed too.

And so back to the bakery it went.  They retrieved a man believed to be the bakery manager, from a back office who came out and donned a cap, put on gloves, and looking like he was about to perform major surgery, immediately went to work.  We heard whispers of “Rick Goth” and a few snorts of laughter.  The baker added an apostrophe “s” to Rick and scraped off the little “o”, replaced it with a big “O” and then underlined the th, extending the h below the line.  He didn’t really do anything to make the G look like a 6.  By this time, I was just finding the whole thing kinda funny myself and was ready to take Rick Goth and go home.  I’m kinda wishing now we would have left it Rick Goth.  Hubby and I were told to go to Customer Service.  The lady behind the customer service desk scanned our cake and said, “There will be no charge, and we hope you can forgive us for our mistake!  We are so very sorry!”  It appeared she was trying not to laugh.  We told her it was no problem at all and we were more than willing to pay for the cake.  But she would not hear of it.  And that right there is why I love Publix.  They always do right by their customers.

I sure wish I had a before photo but I don’t.
Rick Goth becomes Rick’s 60th…. well sort of?

Needless to say, I’ve called Hubby “Rick Goth” all afternoon and all evening.  And now, I’m wondering, in six days, if we get my cake with my name and 60th on it (yes, it’s the big 60th for me too), if I will become Mrs. Gail Goth.  I’ll keep you posted.

I am a wife, mother, sister, aunt, friend, veterinarian, and wanna be writer. I love nature and animals of all kinds, music, cooking, and spending time with my family.
View all posts by Gail →
This entry was posted in humor and tagged Cake decorating, cake decorating errors, Publix, Publix cakes. Bookmark the permalink.

9 Responses to Why I Love Publix