I’ve always been curious and fascinated about the names people choose for their pets and how they “choose” those names.

Populars among cats were

I was in veterinary school when the movie The Gremlins came out and suddenly there was an explosion of animals named “Gizmo” (both cats and dogs).  I also remember well when the animated musical, The Lion King, came out in 1994, and suddenly every new kitten brought in for new kitten exams was named “Simba.”  We all lost count on just how many hundred of kittens came in with the name of Simba (I wonder if that trend is repeating itself with the recent remake of the movie).

Image by linesampaio_ from Pixabay

I was taught in veterinary school that clients like to hear their pets called by name.  I found this to be true.  I got in the habit of always trying to use the pet’s name when calling owners in from the waiting room – for example, “Mrs. Smith, bring ‘Simba’ on back” or sometimes I would walk out and just say, “Gizmo Johnson?”

I was astounded sometimes to see names owners had chosen for their pets.  There was the woman who had a cat named “Dammit.” She said Dammit, as a kitten, was always biting and scratching, and often climbed up her leg when she first acquired her, and since that was the first word that usually flew from her mouth, it became the cat’s name.  I absolutely could not make myself walk out in the waiting room and call for “Dammit” or say, Mrs. Smith bring Dammit in, so I used the owner’s name on that one.

And I swear to you, there was an owner who actually named their solid black Labrador mix dog “Nigger” and for the life of me, I couldn’t call that dog by name.  None of us could.  The receptionist didn’t even want to write the name on the medical record.  What in the world was that owner THINKING?   The owner had no problem with it though and bellered that dog’s name out while dragging the dog from the waiting room into the exam room on its leash.  Lord, help us all.  I wanted to run and hide every time that owner came in with that dog.

I loved to ask people how they chose their pet’s name.  “Lucky” was also a very popular name with both dogs and cats, and I learned after practicing a year or two, that there was just about always a “good story” behind any animal with the name of Lucky.  I’ll never forget the sweet young couple who brought in a dog they rescued from a would-be drowning in the Cumberland River.  They were out on their boat enjoying a leisurely river ride and nearing a bridge when they unexpectedly and horrifyingly witnessed someone throwing a white pup from a bridge above them, leaving it to hit the water far below.  They saw the dog hit the water and go under.  They raced in their boat to get to the pup and would see its head bob to the surface and go under again.  And when they were close to the area where the pup was bobbing in the water, and ever so close to reaching it, it suddenly went under again.  They were in a panic and had slowed the boat down while anxiously scanning the surface of the dirty, churning river water when they heard and felt a very loud thud.  Yes, in their desperate attempts at trying to locate the pup, they had hit the poor thing with their boat.  And they felt just terrible.  Here they were, trying their hardest to do a good deed and save this poor dog’s life who had just been hurled off a bridge like a sack of garbage, and they rammed it with their boat.  But there was a happy ending to this story and they were able to save the poor injured, exhausted and frightened pup who they scooped up into their boat and quickly dried off its shivering little body with towels.  They aptly named the pooch “Lucky” and Lucky would forevermore have a good home.  They brought Lucky in for a health exam and other than being sore and bruised, and thin and wormy, Lucky was to be just fine.

My husband and I acquired two kittens several years ago.  They were barn kittens from South Dakota – one a gray tabby and one a blonde tabby.  I knew upon seeing them that the gray tabby would be named “Dakota,” after his birth state.  We had a more difficult time choosing a name for the little blonde tabby.  I knew more of what I DIDN’T want to name him than what I wanted his name to be.  At the clinic I had noted a handful of people who named their blonde cats “Pinkie.”  I didn’t get this (at all) until one very large male tomcat named “Pinkie” came in and I swear to you that cat was indeed pink.  I wish I had a photo of Pinkie because he really did have a pink sheen to him.  But a tom cat named Pinkie?

We discussed names for the 2 1/2 hour drive to our house and it wasn’t until we reached home that my husband told me he wanted to name him “Nugget” as he was our little gold nugget.  And it was perfect.  Our little gold nugget fit perfectly in the palm of our hand.  And that’s how Nugget and Dakota got their names. 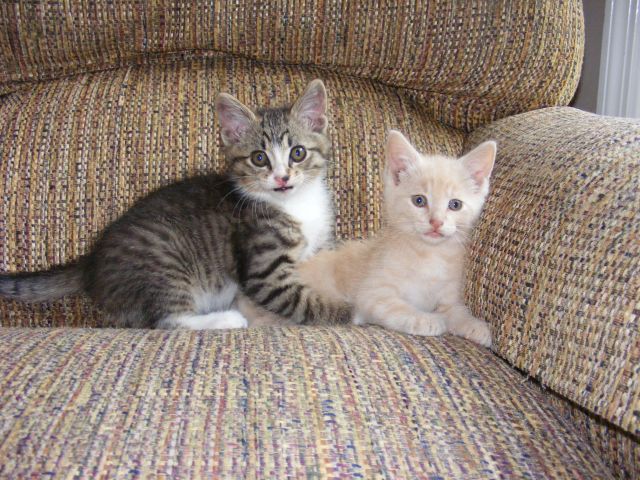 Soon after my husband and I married, we had a little tiny black and white dog show up at our doorstep.  She was estimated to be about 6 weeks old, weighing about 4 1/2 lbs. with a big swollen wormy belly and covered in fleas.  I took her to the clinic to work with me that night, gave her a bath, and dewormed her.  No one claimed her so she became our dog.  Since it was Valentine’s Day when we found her (or she found us), I suggested names like “Valentine” or “Cupid.”  My husband put his foot down and  informed me that there was no way in hell he was going to be walking outside and calling “VALENTINE,” or “CUPID.”  We ended up naming her “Patches” since she had black and white patch markings on her. 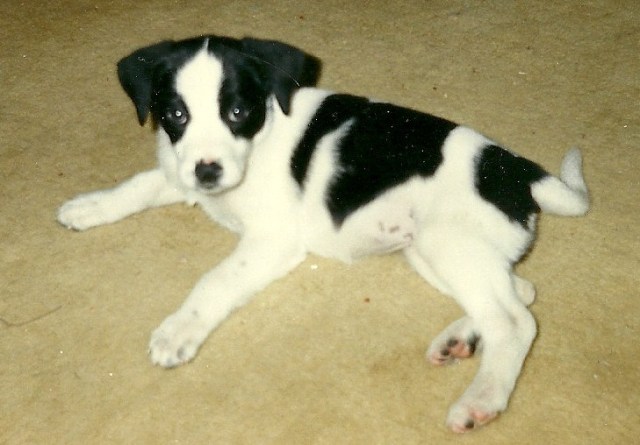 Our Patches pup. Irresistible, isn’t she?

We’ve had other pets over the years with unusual names.  There was my beloved gray and white polydactyl cat who I named “Bigfoot.”  He had extra toes on all feet and his feet were massive. 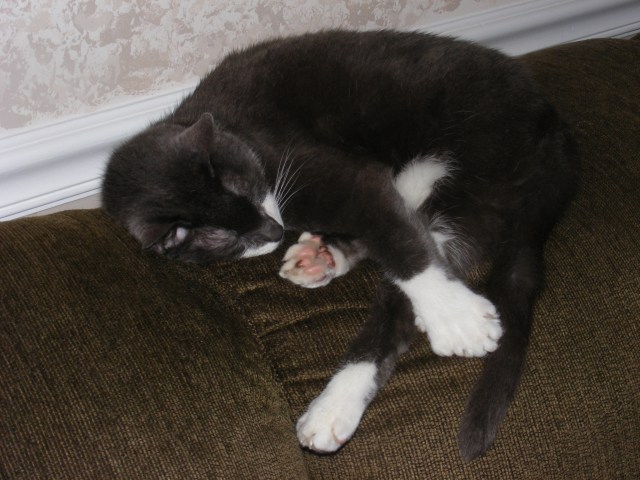 When I was a young girl in elementary school, a gray and white tabby followed me home as I walked home from school one day (yes, I’ll confess it had a little coaxing from me). It was a tom cat who was always getting into fights and trouble and my mother named him “Nuisance.”  My dad and the vet, however, called him J.L. (after the famous professional boxer John L. Sullivan).

This cat resembles Nuisance.  Image by Blanka Šejdová from Pixabay

There were the two female sibling hamsters I acquired while in veterinary school who were both just downright mean and nasty and would just as soon bite you than look at you.  I sustained many a bloody finger from their nastiness.  I called them “Chisel” and “Weasel.”  They got along most of the time but got in a bloody fight one day and literally killed each other before I could separate them.  True story.  Talk about sibling rivalry.

Image by Zdeněk Chalupský from Pixabay

There were my sons’ hamsters and gerbils who my sons’ named.  A hamster named Stripe because he was white with a gray stripe.  There was a Syrian hamster named Roly Poly which was shortened to “Roly.”  Roly had some sort of brain damage and he never could walk, he rolled instead.  He was “thrown in” for no additional charge when we went to purchase Stripe.  The pet shop owner realized he probably couldn’t sell him and just asked that we give him a good home.  I promised him we indeed would.  Roly led a long and happy life and was able to eat and do everything a hamster does.  Roly just rolled to get around.  We never knew what exactly his neurological problem was, but we loved that little guy all the same.

I had another hamster in veterinary school named “Critter” because he came from a pet store named The Critter Barn.  Critter was also a freebie because he had been cannibalized by some other hamsters.  Half an ear was eaten off as was the lower part of one leg, hence he had a peg leg.  Critter was a sweet ole boy but was an escape artist who I later wished I had named “Houdini.”  He was forever getting out of his cage.

And then there was “Roadrunner” the black and white gerbil (who was very fast and darted around like the cartoon roadrunner) and who once tried to pull an entire puffy comforter into his cage, and then shred up the polyfill for a nice comfy bed.  He was in hog heaven that day and was delighted with his “new bed.”  He was a character, that gerbil was.  I cried buckets when he died. 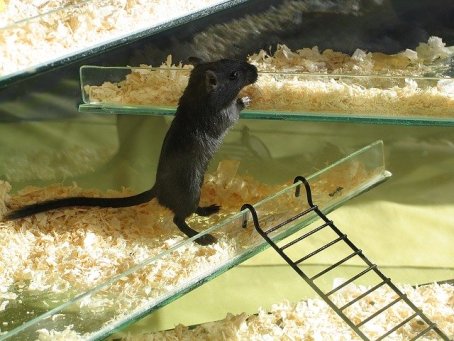 Image by Shutterbug75 from Pixabay

Do you have pets with a story behind their name?  How do you go about choosing a name for a pet?  What’s the most unusual pet name you’ve heard?  Please feel free to comment below…  I love to hear about pet names!!

I am a wife, mother, sister, aunt, friend, veterinarian, and wanna be writer. I love nature and animals of all kinds, music, cooking, and spending time with my family.
View all posts by Gail →
This entry was posted in Animals, Memories, Pets, Veterinary Medicine and tagged choosing pet names, naming pets, popular names for dogs and cats, popular pet names. Bookmark the permalink.

12 Responses to On Naming Pets